Through The Gate / Prison Circle 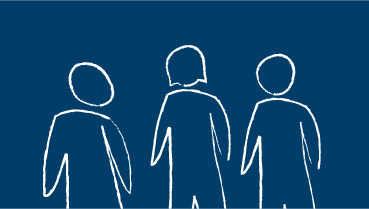 A is a white British male in his 70’s. He was initially referred for a Circle by his psychologist whilst in prison. He is serving a life sentence for rape and manslaughter (adult). He has previous convictions for theft and housebreaking and a further conviction of indecent assault on a child, whilst on initial release on licence. He was recalled and eventually released in June 2014, having spent 44 years in custody.

A is subject to life licence and reports to his Probation Officer. He has a Sexual Offences Prevention Order with standard conditions of non-contact with under 18 year olds.

He completed sex offender treatment programmes whilst in custody and one to one relapse prevention work with psychologists.

Both his psychologist and his Probation Officer were concerned about his inability to cope in the community, having spent most of his life in prison. He had no family or friends and no community ties in his area of release. He was released to a hostel but this was to be a temporary arrangement.

He was referred for a Circle prior to release and volunteers were able to visit him in the prison as well as meeting with him when he had his monthly release on temporary licence(ROTL).

The volunteers comprised 3 women, aged 24, 22, 70 and one male aged 49. The Circle met pre-release for 4 months before his release from custody, and then weekly for 12 months before moving into ‘Phase 2’ when it met more informally on a monthly basis.

The focus has been on every practical issue needed to help him reintegrate, from guiding him in finding spare time activities and hobbies, computer literacy, move on accommodation and furnishing that accommodation. Moreover, it has provided emotional support and has challenged him on his behaviour, attitudes, and risk management strategies.

The Core Member has now moved into independent accommodation, has a number of hobbies and activities and is doing well. He says he is happier than he has ever been and that is due, to a large extent, to the help and support he has received from his Circle

“I don’t know what I would have done without them”

All are proud of the work they have been doing and have found it rewarding. One has secured a job, in part, due to her Circles experience. One has gone on to do a Masters in criminology and finds her Circles experience very helpful in her academic studies. All 4 wish to continue with another Circle as they “have seen how much positive change can happen”.

“At first, it didn’t seem like we were getting anywhere but now, looking back, we can really see how things have changed for the better”

“I am so impressed with the work the volunteers have done”

This Circle continued into the more informal Phase 2 as the volunteers wanted to ensure that A was coping on his own in his flat. They withdrew gradually and that worked well. Initially, there were concerns that A would be over dependent on the Circle but his newly found self-confidence has meant that he is no longer frightened to be on his own.

A has established new relationships with people in his block of flats and has social gatherings with them on a regular basis. Moreover, he has joined the University of the 3rd Age, with the help and encouragement of the volunteers, one of whom is a member herself. This will mean that he can attend whichever activities he wishes and he has already joined the Jazz Club and the Computer Club. He has been volunteering on the local steam railway project, working safely in the engine room, away from the general public.

His transition from prison to hostel to community has been accompanied all the way by his dedicated and proactive volunteers and his Probation Officer tells me that he does not think this would have happened so effectively without the Circle. Although A was disappointed that his Circle finished, he understands that the volunteers need to move on to a new Circle and he believes that he can cope well on his own. He has accepted and coped well with the end of the Circle and is optimistic for his offence free future. 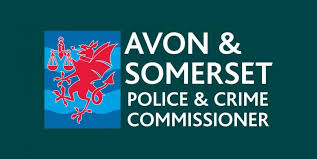 CirclesSW
"Invisible harms and hierarchies of shame: the distinct challenges faced by children with a parent in prison for #SexualOffences" - an important read by Ross Hextall @ChildrenHandS #NoMoreVictims https://t.co/2UcsLxUPWZ https://t.co/F8VGExizcm

CirclesSW
CHECK: we are very grateful to @anonywrites for sharing her family's experience following 'The Knock' in this month's guest blog👇 https://t.co/Ln4ULrStsK