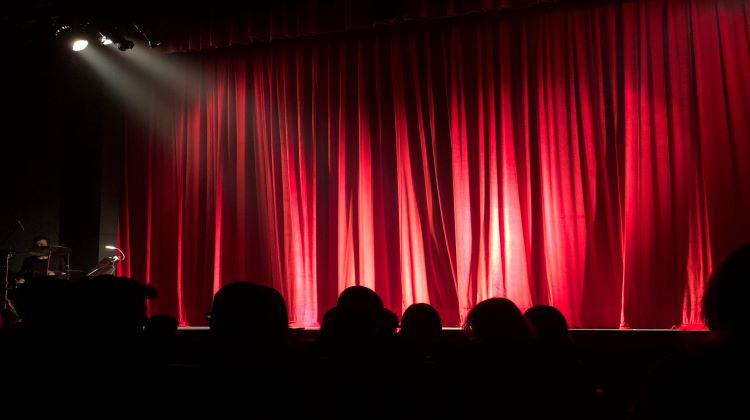 A local playwright has used her experience as a Circle volunteer to tell a story about a church community confronted with knowledge that one of its members has been convicted and spent time in prison for online offences involving indecent images of children.

Maz spoke to us about what inspired her, the premise of the play and her plans for the play’s future.

I have been a Circles South West Volunteer for just over a year now. I also happen to be a playwright. These two things aren’t completely unrelated as I stumbled across Circles while doing some research for a different play a few years ago. That play, incidentally, has not been staged and never will (it wasn’t very good), but recently a play of mine, called Our Church, was staged.

It was inspired by a story I heard some years ago about a church committee grappling with how far to include a convicted sex offender in their congregation. Concepts of rehabilitation, justice and forgiveness have always been very interesting to me as a writer, and ‘Our Church’ explores all of these in bringing together a survivor of child sexual abuse and a convicted sex offender.

Our Church is about a dwindling church committee that becomes divided when one member, June, nominates a man from the village, called Tom, to join the group. Tom is a controversial nomination because he spent time in prison when he was caught with child abuse images downloaded on his computer. While June makes a compelling case for Tom, who is both a friend and a patient of hers (she is a GP at the local surgery), Anne, the most elderly and longest-standing committee member, is staunchly against the nomination.

After a heated debate, it transpires that the reason Anne is so against this nomination is because she was sexually abused as a child. This is a secret she has carried her whole life and something that none of the other committee members knew.

In the second half of the play, Anne is arranging flowers in the church for Sunday’s service. It is raining heavily, and abruptly Tom appears seeking shelter from the rain. Tom is unaware of what occurred during the committee meeting; he chats away happily, apparently oblivious to Anne’s curt responses, until mention of joining the committee tips Anne over the edge and she rounds on Tom and tells him exactly what she thinks of him.

In the uncomfortable moments that follow, Anne trips and falls as she scrambles to get her things together to leave the church. She damages her ankle, and despite insisting she is fine alone, Tom feels duty bound to wait with her until help arrives. Trapped together in this small space, with Tom making efforts to care for Anne in her injured state, and Anne pushing him away as much as she is able to, the two are forced to talk to one another. Tom makes brave attempts at explaining his offending, and eventually Anne shocks Tom in explaining what happened to her. Each develop an understanding of one another. Although it wasn’t he that abused Anne, Tom is able to apologise to Anne and Anne is able to hear this apology. This feels symbolic to them both. By the end of the play, while it isn’t likely these two characters will ever be friends exactly, it is suggested that they will now be able to coexist comfortably in the same space. Tom feels that he may in time be accepted by Anne, and through voicing the traumatic events of her childhood, Anne can finally begin a process of coming to terms with what happened to her.

As a Circles volunteer, I believe ardently that rehabilitation and second chances are an essential part of the justice process and vital in preventing further harm and further victims of abuse. But giving second chances isn’t always easy. Forgiveness can be hard work, and so is changing our own and someone else’s behaviour.

While the offender in my play was in no way based on the core member I worked with, my experience as a Circles volunteer has been fundamental in writing this play with the sensitivity and nuance that the subject matter required. It has also been enormously beneficial in helping me work out what I wanted to say through telling this story, which was that it takes a whole community to rehabilitate a person. Within a community, some of us may be able to do more than others, but the process takes all of us. That’s what matters.

Maz’s play was produced by Watermill Theatre for a tour of community venues (village halls, community centres, even a church) and enjoyed a short run in the Watermill Theatre, Bristol, earlier this summer. She hopes to run it again in the future and we will keep you posted as to when that will be.